Helping you to make your meeting the best it can be!

Hi, I am Jannis from Germany (the one on the left of the picture). I have spent the last five years in student organisations, organised and chaired meetings and was really frustrated with the delays and stress that elections or simple votes took. Until now, I never found a good an affordable solution for this problem. Voting devices were hugely expensive, had to be carried to the events, got lost or didn’t work otherwise and their use was limited: the only thing you could use them for was to type a number from 1-9. There had to be a better way!

When I told Marco and Florian, two aspiring developers about my vision they signed off immediately. Together we founded the startup NemoContra. It took us over a year and many long nights of coding, but now our NemoVote is ready. We wanted to develop a voting solution that is not only cheaper than any existing voting device solution but also has much more functionality, something that can be a reliable foundation to run your meeting with – something we would like to use ourselves. For you, NemoVote can be the real deal: it’s build from the ground up for student organisations and non-profits: no limited audience polling or complicated email voting – YOU have full dynamic control over voting rights, can open polls with two clicks, collect all feedback forms and surveys during your meeting, open speakers’ lists, you can elect your whole board in less than 5 minutes, instead of long counting or making poll after poll.
NemoVote is the system I wish I had had when chairing students’ meetings. I know from experience how painfully tight budget of students’ associations are, and we wanted to make NemoVote as affordable as possible, so really any student-led NGO on the planet can have access to modern electronic voting.
Sounds great? Well, we have one more thing. We solved the internet problem!
Nemo is available either online as NemoCloud for those who are sure they have a good enough internet+wifi connection, or as an offline version, where we ship you the tiny NemoBox computer that runs NemoVote and opens a wifi specifically for voting with Nemo – no internet needed, plug the power cable in and vote! 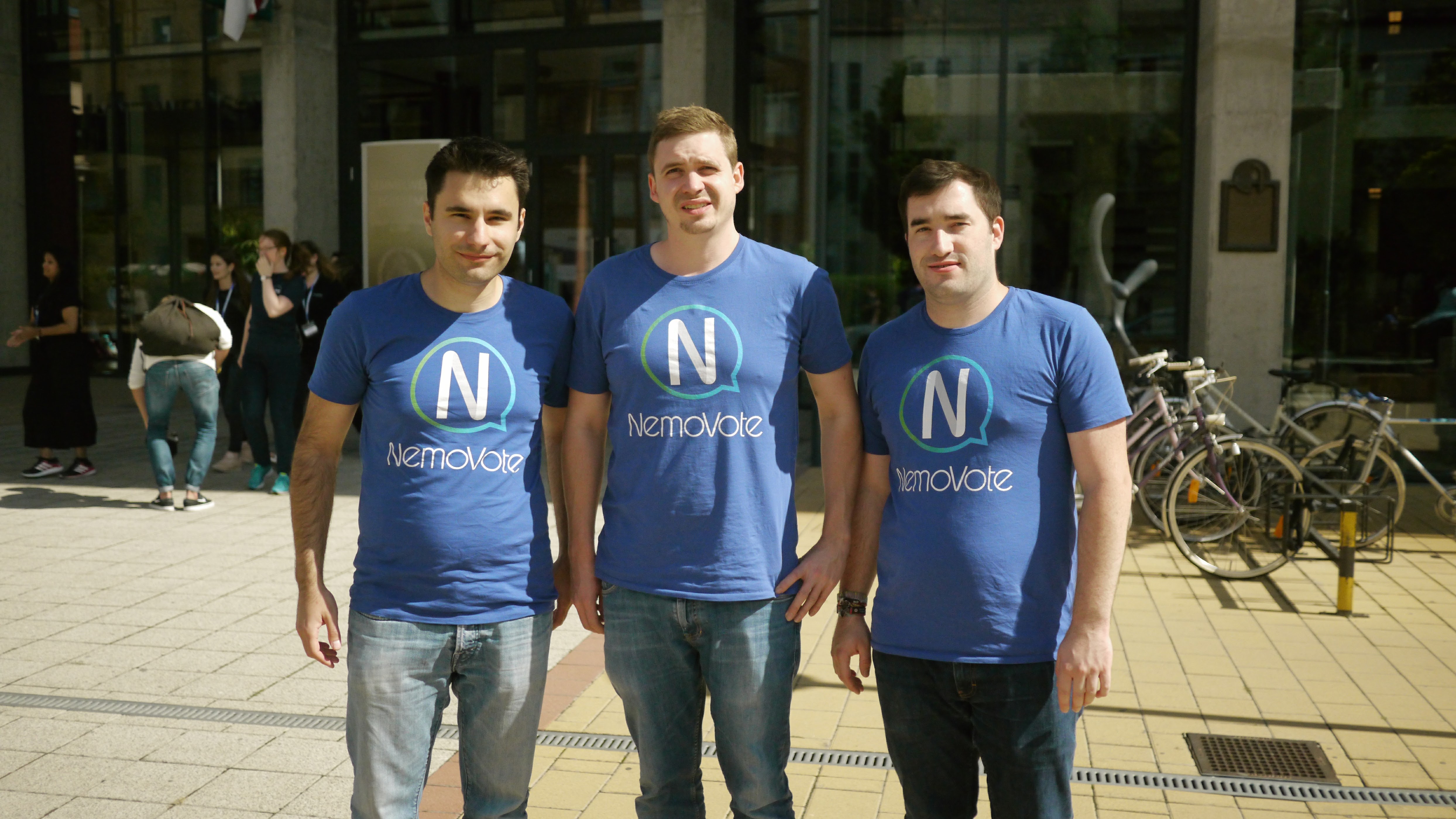